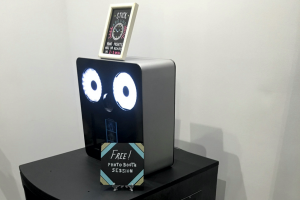 Retail’s Big Show, the NRF’s annual meeting about retail, took place in New-York during the last 3 days. The event brought together around 35,000 attendees, and below are the things that stood out us the most:

The way brands use multiple channels is at the centre of their approach today. For Hervé Parizot, E-commerce Director of Carrefour France, the brands’ digitalization is first about spreading technologies within the physical selling space itself.

The goal is to provide the customer with a smooth and assisted in-store experience. For that to happen, Carrefour developed some decision-making tools, improved its payment solutions and launched its Carrefour & me mobile app, which contains coupons and a loyalty program.

The aim is to develop new points of interaction and to create more footfall in-store in order to stay competitive against other supermarkets as well as online retailers like Amazon.

Technological progresses regarding smartphones and digitalization led to a drop in the photo development market. Far from surrendering, Fujifilm just opened a concept-store that uses technology to make its customers fall in love again with developing pictures.

In the same way, SES Imagotag, worldwide leader for Electronic Shelf Labeling, is launching improved price tags. The classic tag we all know is now far behind us! It is now situated in a digital screen next to the product, and provides the customer with real-time information. Consider a pair of shoes, a quick look at the screen will give you information about in-store availability, reviews or even discounts. 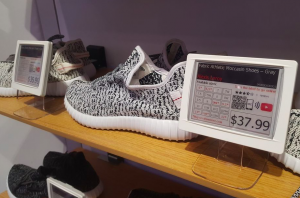 Founder and CEO of Virgin since 1970, Richard Branson has the pull to attract dozens of people to each of his speeches. During his speech, he talked about retail but also about key concepts to make a business durable. 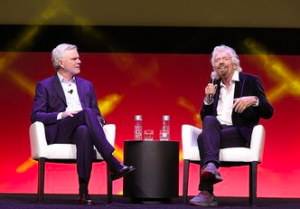 Entrepreneurship, Branson places it as a key element for survival today. “People who own retail stores should not think of themselves as retailers forever”. In order to stay competitive, a brand must be able to start considering new approaches to high-potential markets. In this way, Branson has generated no less than 400 Virgin-branded companies, from aviation through to video-gaming.

According to Branson, customer-experience remains another key element. “being better than [the established airlines] — by offering a much better product” is what led Virgin Atlantic to the results we know today, with a profit that almost doubled in 2015.