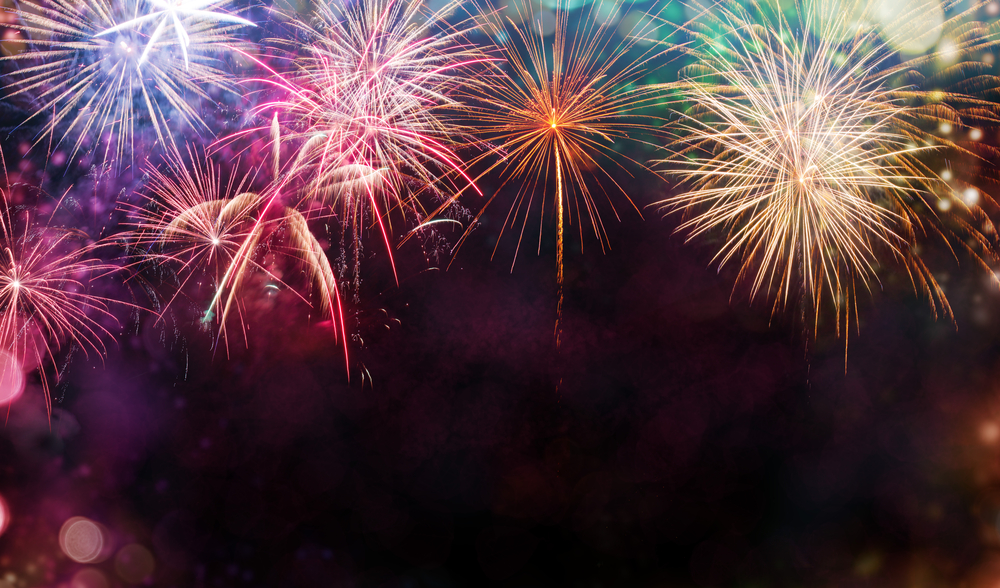 Can you believe 2018 is almost over? It’s been an interesting year for retail to say the least, but now it’s time to look ahead to what 2019 might hold. Here are our predictions for the coming year, and some resolutions to help retailers stay at the top of their game - hopefully beyond January 1st.

1. Omnichannel should be omnipresent

Omnichannel retail is certainly not a new concept, but with more and more retailers adopting this strategy, it will soon become a necessity if brands want to stay afloat. Consumers now expect the buying process to be fluid and uncomplicated - they don’t think in terms of separate channels, they just want to make their purchase in the way that best suits them. Over the next year, don’t be surprised to see growing consumer frustration with retailers who fail to deliver on that.

We often think of omnichannel as a means for customers to switch between online and physical stores, but it also expands to the way stores are run. The convenience of online shopping should be seamlessly interwoven with the in-store experience, making the buying process as easy for consumers as ordering online.

Resolution: Retailers who aren’t already adept at omnichannel selling need to innovate or risk folding. We recommend that they look to companies like Disney for inspiration - they have succeeded in creating a network of buying channels that blend seamlessly together, for example with the My Disney Experience tool for planning trips to Disney World.

2. Embrace technology (for the right reasons)

Again, this isn’t exactly breaking news, but this is a very exciting time for retail technology. AR, AI, machine learning… these are no longer niche, emerging technologies. They are already being implemented by companies such as Ocado, who now use AI in their warehouses, and Starbucks, who have started using geofencing to send customers offers straight to their phone. Now that they have been established as viable options for retailers, the pressure will be on for everyone to adopt the same new methods.

But bear in mind that this isn’t just a case of jumping on the bandwagon. The most innovative retailers aren’t just adopting fancy tech because everyone else is, but because it makes them more efficient and helps them better serve their customers.

For example, Walmart recently launched the Bring Your Own Device (BYOD) programme, which allows store employees to use their smartphones to keep on top of tasks and work more efficiently, giving them more time to spend with customers.

Resolution: Retailers don’t necessarily have to scramble for the most cutting-edge tech just because everyone else is, but they should at least be looking in that direction. Soon, consumers simply won’t have the patience for retailers that haven’t embraced this new approach to retail.

It already seems clear that sustainability will be the buzzword of 2019. Ever since that Blue Planet 2 episode which highlighted the shocking level of plastic pollution in our oceans, there has been a huge surge in awareness surrounding sustainable consumerism.

And then of course there was this year’s Iceland Christmas advert drawing attention to the negative environmental impact of palm oil production, which was banned from television for being too political.

In response to this heightened awareness, some brands have made sustainability their USP. For example, footwear brand Allbirds, who claim to make ‘the world’s most comfortable shoe’, use sustainable merino wool and send out their products in recycled packaging. And then there’s footwear giant Adidas, who have already launched a sneaker made out of ocean plastic and have vowed to only use recycled plastics by 2024.

People are paying a lot more attention to the ethical implications of what they buy, and they will spend their money elsewhere if brands aren’t mindful of what they produce. Bear in mind the buying power of millennials and Gen Z in particular - a recent survey showed that 55% of them were more likely to buy from a retailer that ‘offered a charitable donation with purchase.’

Resolution: Pay attention to what ethically-conscious consumers want, and react accordingly - eventually sustainable practices will be required by law, but being an early adopter will help both the planet and your profits.

Personalised and experiential retail will also continue their rise in popularity. Despite - or maybe even because of - the online shopping boom, consumers are looking for shopping experiences that offer them something more than just a purchase.

That means that in 2019 we’ll be seeing much more of the “retail as theatre” model. Look to concept stores that not only look impressive but also have the facilities to cater to each customer’s personal needs, such as the new Nike House of Innovation 000 or the Levi’s concept store, both in New York.

At the opposite end of the scale, expect even more pop-up stores in the coming year. The appeal of small-scale, temporary retail experiences is all about interaction - although huge concept stores are impressive, consumers are also starting to crave something simpler, more intimate.

Personalised goods are also growing in popularity - even Johnnie Walker is offering bespoke whiskies, with a personalised label, an engraving option, and a specific flavour determined by a series of questions to gauge the person’s preference.

Personalisation also comes in the form of subscription boxes, for anything from makeup, to razors, to meal boxes, to even toothbrushes. In short, anything tailored to the individual will be high in demand in 2019.

Resolution: Retail as we know it is changing, so it's time to rethink what customer experience means for your brand. Whether it's small or large-scale, personal or theatrical, what's important is that brands strive for innovation and disruption.

We’ve known for a while now that influencers have the power to determine what sells and what doesn’t. Italian fashion blogger and influencer Chiara Ferragni (15.6 million Instagram followers) now has her own footwear line and has an estimated net worth of $8.5 million.

One of the more unusual influencers is Ryan ToysReview, the 8 year old YouTube sensation who reportedly made $22 million last year and now has his own line of toys called Ryan’s World.

This year, expect even more influencers to become more involved in the industry in a selling capacity, either by launching their own lines or collaborating with existing retailers.

Resolution: Recognise this goldmine and collaborate with influencers! Consumers trust public figures who give their seal of approval to a product, and this will be a deciding factor for many when choosing what to buy.

Want to achieve retail excellence this year? Request a free personalized demo below.